Fuse enables businesses and communities around the world to unleash the power of mobile payments. With Fuse, entrepreneurs and community leaders can now upgrade their existing communities into thriving micro-economies by providing them the tools to build and maintain their own custom-branded mobile wallet and currency.

Currently for a company or community to enter the mobile payment space they are dependent on existing players such as PayPal and Stripe. Alternatively, they can build their own payment system from scratch. Neither of these options are optimal. Companies such as PayPal and Stripe charge upwards of 3% per transaction and don't allow for individual customization options while building your own payment system produces a huge technical and monetary burden to build.

By using a non-custodial open-source technology users can avoid regulatory, operational and development costs greatly reducing the barrier to entry for all who want to tap into the power of mobile payments.

The cost saved by removing intermediaries (like Visa, Stripe and PayPal) leaves room for local operators to create their own new and unique business models.

Fuse solves these issues by providing a three-layer technology stack that allows anyone to create their own custom branded currency and wallet without the technical barrier and without high transaction fees. Fees on the Fuse network are $0.01, at most!

Fuse provides three separate layers of technology, all playing an essential role in the Fuse network.

Fuse-chain is a DPOS blockchain run by a network of validators allowing for fast, low cost and secure transactions to all users on the network.

Fuse Studio is an easy to use tool that allows entrepreneurs and community leaders to easily customize their currency and wallet with various plugins for extra features and utilities. Learn more about Fuse Studio​

Fuse wallet is an easy to use mobile application that anyone can download and join of the any of the thousands of micro-economies running on Fuse.

What is the Fuse Studio?

The Fuse Studio is a smart contract platform built on top of Ethereum intended for entrepreneurs and community leaders. Built with multiple plugins and customizable settings, any individual in a few simple steps can create their own digital wallet and mint their own custom branded currency allowing companies and communities to execute secure and free mobile payments with ease.

How is Fuse different from PayPal, Square, Stripe etc.?

On Fuse, there is no central authority or intermediary. No one but the user holds their funds. Verified by Fuse’s DPoS blockchain there is no need for trust in a 3rd party. And since there's no 3rd party involved looking to earn money, fees on the Fuse Network are extremely low. 1 cents per transaction at most as opposed to the 2-5% fees that many payment systems charge.

Additionally many payment systems like PayPal do not allow for any customization. You need to use their platform with the predefined framework they built for you. On Fuse you get to mint your own token and customize your economy and wallet with a wide array of different plugins.

Can I integrate bank account/credit/debit payments in my community?

Yes, credit card integration is a core feature of Fuse. After first launching your economy you can add a payment gateway to your wallet through the plug-in page. You will need to turn on the gateway you choose and a "top-up" menu item will appear to the users of your community on their mobile wallet. The payment gateways vary between different jurisdictions and banking integration options like credit/debit cards and wire transfers. Our payment integrations are: Ramp, Coindirect, Moonpay, Carbon and Wyre.

What are some use cases for Fuse?

There are many different parties who can benefit from launching their own digital economy. Be it a community leader who wants to provide the possibility of secure mobile payments to their community or a business owner who wants to create their own branded company tokens that provide users with discounts and other benefits.

Some other use cases are:

Check out our featured live micro-economies launched on Fuse: https://studio.fuse.io/view/communities​

What is the purpose of the Fuse token?

The Fuse token aka FUSE is the internal currency of the Fuse Network. Those validating the network are paid in FUSE. This aligns the incentives between the validators and the network users. Learn more about FUSE tokenomics: https://docs.fuse.io/the-fuse-chain/fuse-token​

Is there any reason for me to have FUSE?

FUSE is only needed by the community owner to fund the transactions of the network. This ensures that users can use the Fuse Network for free. Additionally, any FUSE holder can play a role in the security of the system by buying FUSE and staking it to a validator they trust. This further aligns the incentives between all network users because it puts pressure on the validators to act in the best interest of the network. If a validator does not act in the best interest of the network they risk losing the support of the community which is bound to have a financial impact on that validator. Users who stake their FUSE are rewarded with more FUSE.

How much does it cost to launch an economy on Fuse?

The only cost of launching an economy on Fuse is paying Ethereum gas prices. Which can range between 10-100 USD (depending on gas prices at the time). Another option is to launch an economy on the Ropsten testnet for free.

What is the Fuse Wallet?

The Fuse wallet is an easy to use wallet that holds FUSE, ETH and all tokens minted on Ethereum and the Fuse Network as well as multiple fiat currencies, allowing anyone to participate in the micro-economy of their choice! Download it here - App Store: https://apps.apple.com/il/app/fuse-wallet/id1491783654 Play Store: https://play.google.com/store/apps/details?id=io.fuse.fusecash&hl=en​

How do I create an economy on Fuse?

Creating your own customized economy on Fuse is easy and only takes a few minutes. Check out this video walking you through the entire process: https://www.youtube.com/watch?v=Lh3pKLdUR60​

Why is the Bridge so expensive? 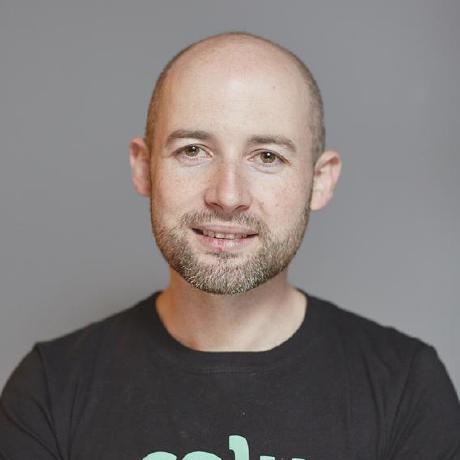